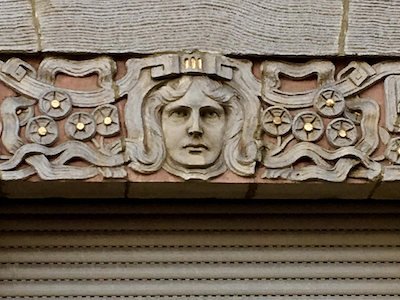 In 1007, for the first time, Fürth was officially mentioned in a document by King Henry II as “locum Furti dictum”. The city got its’ first monumental building in the year 1100 with the start of the construction of the church of St. Michael. This building remains as the only large building for many centuries.

In 1440, Jews settled in Fürth for the first time. A flourishing Jewish community life gradually emerges, which is still present in the city today. The magnificent houses at the ‘Hornschuch Promenade’ and the ‘Königswarterstrasse’ testify to the economic and social influence of the Jewish fellow citizens during this period. There were several synagogues and Talmud schools. One of the oldest and largest cemetery in Germany, is the ‘Old Jewish Cemetery’  built in 1607. For a long time, Fürth was called the “Franconian Jerusalem”, whose coexistence was characterized by tolerance and togetherness. Only the time during the reign  of the ‘National Socialists’ and the Second World War, the harmony of this coexistence and cooperation experienced a tragic disruption and disturbance.

In 1835 a special event took place in Fürth, the journey of the first German locomotive the “Adler” witch was also the first railway in Germany used for passenger and goods transportation in Germany. The track was from Nuremberg to Fürth.

The upper middle-class promenade consists of an impressive architecture.

The Fürth boulevards, the Hornschuch promenade and the Königswarterstrasse, derive from an unparalleled, listed ensemble during the last third of the 19th century and the turn of the century in southern Germany. Historicism and the Art Nouveau were represented in a unique creation. It enables astonishing views on and behind the façades of the belle époque pride.

From 1883 to 1904, the Hornschuch Promenade and the Königswarterstrasse were built on the right and left pathway of the ‘Ludwigseisenbahn’, which was operating since 1835. Even located closely at the railway line and used for the passenger transport at that time, was a proof of the open mindset and the modernity of the residents. Interesting at this time was the fact, that the first blueprint provided a conceptional layout of detached villas for both promenades. However, the interest in building on the preferred and expensive plots increased intensively. This was the start of an emerging development which made building a villa adjacent to the street and triggered a commercial feasibility using the rear plot in residential property development.

At first, the Hornschuch promenade was called ‘Obere Weinstrasse’, later, from 1890 to 1912, Promenadenstrasse. Finally, renamed in honor of the industrialist and founder of the Privy Councilor, Christian Heinrich Hornschuch. Architecturally, it is largely shaped by the buildings of historicism and Art Nouveau, especially by Fritz Walters and Adam Egerers. The Hornschuchpromenade and the Königswarterstraße jointly border the former route of the Ludwigseisenbahn, on which the ‘Willy-Brandt-landmark’ is located today.

Conclusion as a photographer

The city of Fürth is offering a big deal filled with historical cornerstones. The architecture varies and consist of a versatile love for beautiful details. The one exploring the city with open eyes will find uncountable spots and perspectives.

2 thoughts on “Fürth – My Hometown”