From LA to Brno 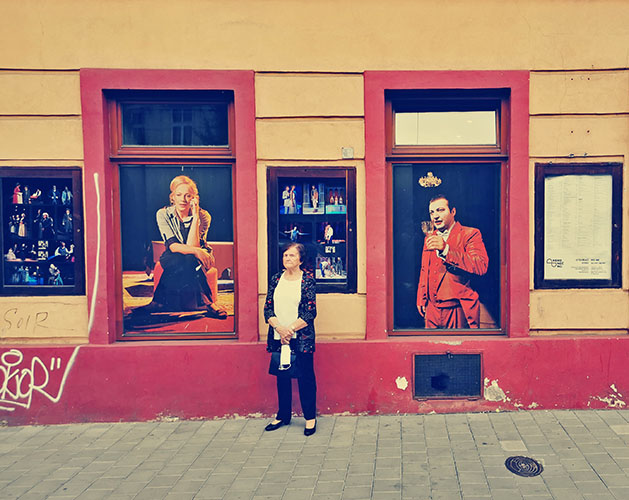 From LA to Brno

Starting from Lower Bavaria the first destination stop is in Czech Republic, the city of Brno. This drive is 450 km, the first section of a total trip length of 2300 km. Here are the Roundtrip Stages.

OK, we are talking about the LA in Lower Bavaria, because the ‘indigenous’, the people of Landshut like to call it LA. Why? The license plate of Landshut reads LA, and this disambiguation is used widely in advertisements or other occasions when the expression makes sense in the context people talking to each other.

What makes Brno so special?

Brno has the tallest residential building in the Czech Republic (admittedly, the antenna makes the difference) and the largest opera house in Eastern Europe. A worldwide unique museum of the Romas, the first mosque in the country and several tens of architectural works from the 1920s and 1930s are also at home here. Some believe or claim, that the best wine in all of Eastern Europe is also grown here in South Moravia. Myself, I think when it comes to the wine one cannot argue regarding taste as this is very individual and depends a lot for what meal or combination of food a wine is dedicated or balanced for. Which brings it to the subject of quality of a wine and that various parameters we leave to the oenologists.

Brno is sometimes called the city of the “wrong time”. The reason for this is that during the attack of the Swedes in the 17th century the city had to hold out until noon on a certain day to prevent a Swedish siege. To save the city, the town hall bells struck noon an hour earlier. As a reminder of this event, the bells still strike at 11 a.m. today.

Brno also has a rich cultural life and holds some special festivals such as:

Brno is also the most famous university metropolis in the Czech Republic and is home to thousands of students. During the semester, they spread out in the many pubs in the city in the evenings.

In recent years Brno has developed into the “Digital Capital of the Czech Republic”. Numerous IT start-ups but also large entrepreneurs have settled here and make them a magnet for computer scientists.

Freedom Square, or Náměstí Svobody, is the largest and oldest square in Brno and is still the main square today. It originated in the 13th century and for centuries it was a place where merchants and craftsmen gathered. Today culinary markets are held and you can sit outside in the numerous restaurants and cafés. The Christmas market in particular is very cozy here.

Among the numerous buildings around the square is ‘The House of the Lords of Lipa’, which is one of the most beautiful Renaissance houses in Brno. Also worth mentioning, ‘The House of the Four Boys (rascals)’, the ‘Neo-Renaissance Small Palace’ and the in ‘radiant colors facade’ of the ‘Omega Palace’ from the year 2006.

Almost every city has a special ‘vantage point’, quite often it is a tower, from which you can enjoy the beautiful view over the city. In Brno it is definitely the old town hall tower from where you can see the whole city all around. The special thing about this tower is that you can enjoy the sunset here. The exit and descent and the viewing terrace are very safe and open until the evening hours until 10 p.m (Recheck this). From here you have a perfect view of the Kohlmarkt, the City Cathedral and the Freedom Square.

The old town hall itself is the first secular building in Brno and was essentially built in the 13th century. The architectural elements at the entrance gate are unique. One of the many legends about the old town hall revolves around this monumental portal which was built by Anton Pilgram. He was promised a great reward and when he did not receive it, he bent the middle turret to remind forever of the warped morals of the councilors.

Another legend tells about the dragon from Brno, who roamed the city and was fortunately defeated with a bait with unslaked lime. The dragon was actually a crocodile that was brought from Turkey in the 17th century and is still hanging in the passage of the old town hall today.

The Špilberk fortress – culture and museums

Špilberk Fortress is located on the highest hill in Brno and was founded as a royal castle in 1270. In the 15th century it was rebuilt in the Renaissance style after a fire by Antonin Paris. Another major renovation took place during the 30 Years War in which the castle was converted into a baroque fortress.

After all, it was considered the city’s prison for a long time from 1820. It became known as the “Prison of Nations” because it was a place of political persecution. Today it houses the Brno City Museum with a permanent exhibition on the history of the castle and the city.

The St. Peter and Paul Cathedral

The St. Peter and Paul Cathedral is the most imposing building in Brno. It was built in the 11th century as a Romanesque basilica on the Petrov Hill. In the 14th century it was then subject to Gothic reconstruction and today it dominates the city. Your silhouette is easy to see as you drive in.

The two towers with their harmonious peaks tower proudly over the city and can be visited. However, the view above is somewhat restricted compared to the old town hall tower, but offers a different perspective of the city.

Also beautiful is the Dennis Garden, which is right next to the cathedral and from where you have a nice view of the cityscape.

The “Zelný trh” Gabbage Market or The Farmers’ Market

Established in the 13th century, this vegetable market is still used today to sell fresh fruit and vegetables by local farmers. It is very centrally located near the cathedral and within walking distance of the Freedom Square. You can find several interesting monuments and beautiful historical buildings in the market.

The well-known Parnassus fountain dates from the 17th century and the main decoration is the sculpture with Heracles. Inspired by Greek mythology, the sculpture symbolizes the cave in which Heracles tied the dog Kerber. There are also three other statues that show the kingdoms of Babylonia, Greece and Persia and the ‘Europa’ with a crown on her head.

Cafés, restaurants and breweries in Brno

The regional traditional cuisine in Brno is hearty, high in calories and very nutritious.

The bars and restaurants in and around Brno are gold treasures for connoisseurs of Czech beer. For me red wine enthusiast I am happy for every ‘beer person’ as this is a paradise on earth there are a few dozen of them.

What I find particularly interesting is that beer is used in many dishes and makes them very tasty. The following traditional dishes are as:

In addition to beer, there are also very good wines in Brno as mention already. I could not tell as a vegetarian, but some say, the palawa is a perfect drink for a cabbage soup, a roast beef or a boiled duck, in addition, of course, dumplings.

Also, I want to mention the best German blog I have seen so far about Brno is made from Volker Rastel posted on Pictrabox.